What can cause a dead battery? 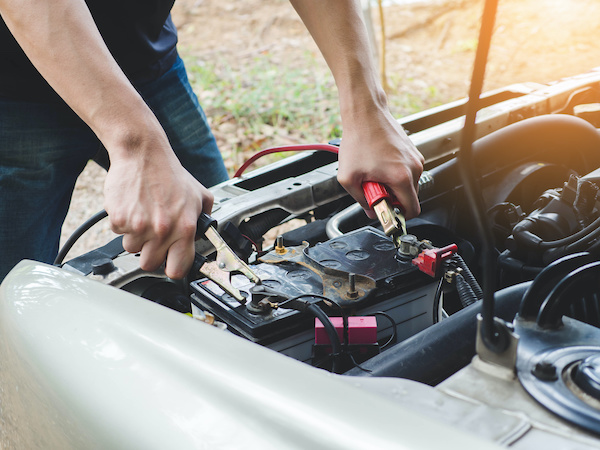 Getting into your vehicle only to realize that your car won’t start can be stressful. We know it always tends to happen at the worst of times, and it becomes difficult since you can’t drive your vehicle to shop for an inspection. The most telling sign of a dead car battery is a car that won’t start – you may hear a clicking noise when turning the key in the ignition (or pressing the ignition button), or nothing happens at all. It could be an issue with the starting and charging system, but oftentimes the battery is to blame.

So, what actually causes a battery to die, and are there ways that you can prevent it from happening? The first and most obvious cause of a dead battery is its age. If you haven’t replaced your vehicle’s battery in over 3 or 4 years, chances are it just reached the end of its lifetime and died out on you. However, if you have a battery that isn’t that old, there could be another cause for its sudden demise.

Another reason for a dead battery is leaving any electric components on, such as your vehicle’s headlights. Because your car isn’t running, the battery uses up all its leftover charge to power the lights that you’ve left on, and the alternator isn’t on to recharge the battery. The moral of this story is, make sure all of your vehicle’s lights and electrical components are off once your vehicle is turned off.

A battery can also die if it is poorly maintained. If your battery is dirty and has lots of corrosion around the terminals, the battery can lose its charge. It can also wear out much faster over the summertime if you are constantly parking in direct sunlight, so that is something to consider as well.

To reference the starting and charging system again, this could be another reason behind a dead battery. Your battery actually only needs a small amount of charge to get your vehicle fired up, and then it’s the job of the alternator to recycle energy and recharge the battery while you drive. If there is a problem with the charging system, your battery won’t be recharged and will likely die.

What do you do when you find yourself with a dead battery? You could do one of two things; first, you have the option to remove your battery and bring it in to our shop for a test. However, if we test your battery and it is fine, you’ll have to get your vehicle to us because it is more than likely an issue caused by the starting or charging system. The second option is to get your vehicle towed into our shop so that we can test the entire system to find the true culprit of the issue.

If you’re dealing with a dead battery issue, don’t stress! Bring your vehicle into the professionals here at Bavarian Workshop and we will figure out how to get your vehicle back on the road in no time.